When accidents, disasters or cyberattacks happen, it’s crucial to have a plan to keep your business up and running with as little interruption as possible. A business continuity plan can easily be the difference between the companies that survive downtime and the companies that fold.

A complete business continuity plan should take into account more than a mere backup. It should also include alternative ways to keep your business functional, efficient and productive.

It won’t surprise you to learn that quite a few businesses simply aren’t prepared. Here are 4 cautionary tales of what can happen when you roll the dice, operating without a business continuity plan.

In March of 2018, a SamSam ransomware attack took down Atlanta, Georgia’s computer network. The final damage of this attack is estimated to have cost the city in excess of $17 million.

Much of this cost came from the need to replace the city’s user hardware such as desktop computers, laptops, smartphones and tablets. In addition, approximately $6 million of that cost had to go to security services contracts and software upgrades.

Among the systems most affected by the cyber attack were online bill paying, warrant issuances, water requests, inmate processing and court fee payments.

Despite having poured resources into the city to promote IT and communication technology to improve public services, audits going back to 2010 uncovered numerous security weaknesses and a general lack of preparation for recovery.

Atlanta’s ransomware woes are hardly the first. Less than two years earlier, the city of Springfield, TN suffered a similar ransomware attack which effectively shut down their network for nearly a week. While no data was lost, the city’s computers fell subject to hijacking.

As with Atlanta, the cybercriminals insisted on being paid in untraceable bitcoins. Likewise, the demand was refused.

Springfield decided, instead, to wipe their servers completely and reinstalled their data from a backup. This process, however, took four days to complete. While the city had a backup plan, it was time-consuming and resulted in significant downtime.

This is a prime example of why your backup and recovery plan needs to keep you in business.

California DMV loses two backup systems due to an outage

In October of 2016, the California Department of Motor Vehicles suffered a computer outage which shut down its operations for several days. Dozens of DMV California offices were closed with drivers having nowhere to turn to for their license or vehicle registration needs.

Reportedly, both the primary and secondary backups systems went offline at the same time—most likely because they were running next to each other within the same hardware cabinet and shared the same power source.

Data security experts were quick to point out the folly of the California DMV’s backup arrangement, noting that it was a disaster waiting to happen.

Ideally, backup systems should reside in different locations. Each should have its own power source so that if one backup fails, there is another ready to take its place. Unfortunately, this was not the case in California.

In August of 2016, a power control module malfunctioned in the main computer’s network, resulting in six hours of downtime. As you might imagine, this led to a bit of chaos and consternation for travelers in airports across the country.

Long lines formed at check-in gates and Delta agents were forced to write out boarding passes by hand with pen and paper as a result of the outage.

By the time Delta had resolved the issues, they had been forced to cancel 870 flights. Afterwards, there were another 300 flights being canceled the next day.

The ripple effect took its toll. It was some time before Delta was 100 percent back to full functionality. By then there had been a lot of damage done in the form of financial losses, compensations, customer dissatisfaction and, of course, bad PR.

A strong business continuity plan makes all the difference

As you can see from the examples we discussed, no matter how large or well organized you are, there will always be things you can’t predict. Everything from natural disasters to equipment failure to human error can take your company offline. Therefore as a small business, it’s vitally important to have a business continuity plan (complete with a backup and recovery strategy) in place to make sure you’re ready for anything. 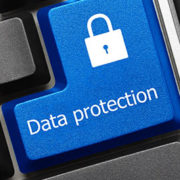 How IT Security is Changing Around the World 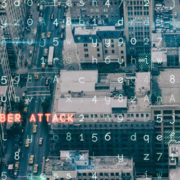 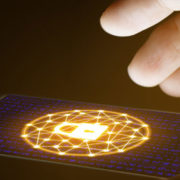 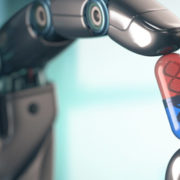 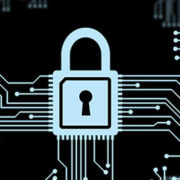