We’re huge fans of the Olympics. Which means we’re beyond excited about the coming Winter Olympic Games, which officially open in PyeongChang, South Korea on February 9th.

We’re also huge fans of technology. And although the Olympics may be ancient in origin, in modern times they’re powered by technology, both on and off the field of competition.

We figure if you’re reading our blog, you’re a big fan of technology too. Which is why we’ve gone to the trouble to collect three Winter Olympic technologies that will have a massive effect on this year’s games.

Back at the 2016 Summer Olympics in Rio, the United States walked away with 121 medals, which is 54 more than the second-place finisher, The United Kingdom.

According to the team’s senior sports technologist, Phil Cheetham, much of that success was driven by advances in wearable sensors that allowed athletes and coaches to dissect and analyze training performance, combined with cloud storage that allowed unprecedented access to the data from anywhere.

Expect more of this amazing athletic fine-tuning in the Winter Olympics. Athletes and coaches will again harness the power of cloud technology and wearable sensors to make huge strides in performance.

Also, expect expanded athlete safety through the use of wearable airbag vests and MIPS helmets.

Intel will bring a trial version of its impending 5G platform to the Winter Olympics. The tech giant will partner with local provider Korea Telecom to give attendees superfast access to mobile broadband at Gangneung Olympic Park.

Though details are limited at the moment, the partnership promises to provide an unparalleled immersive experience that supports 250,000 devices at the same time using 5,000 wireless access points and 35,000 wired lines.

In an aim to create a “barrier-free Olympic Games,” South Korea has partnered with eight companies and spent two years developing robots to help out with various services at the Gangneung Media Village.

According to organizers, around 80 robots will showcase the nation’s advancements in robotics by interacting with the public in various ways.

These include drink service, cleaning and entertainment. There will even be schools of robotic waterproof fish, and an interactive robot version of the Games’ mascot, Soohorang the White Tiger.

The 2018 Winter Olympics is set to be the most technologically advanced Olympic Games in history. For tech fans like us, that alone is worth tuning in to see.

If you’re looking for ways to harness technology and win the gold in your own business operations, we hope you’ll take the time to reach out to us so we can help make that goal a reality. We have the right combination of tools and experience to put your company on top of the podium, no question! 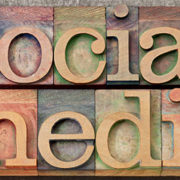 How Social Media can Bring Your Company to its Knees 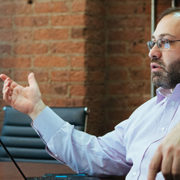 The Steps to Developing a Successful Technology Roadmap

Everything You Need to Pass Your Next Compliance Audit